Finding the words ‘made in Korea’ on the underside of a product would, in many eyes, be viewed as symbolising inferior quality, mass production, or copy-cat design.

I regularly work in South Korea, and I see a very different picture to this outdated perception of the country’s creative output. It is an exciting nation with an incredible thirst for education and an inventive work ethos that is striding forward in leaps and bounds. A strong sense of heritage and custom remains here, but this is fused with a very international outlook.

The Samsung 837 store that opened recently in New York is an international marker of the brand’s status as now being on a par with – or possibly even ahead of – Apple in the tech world. I know that in my professional life there is a pattern of brand loyalty that can be measured in decades: first Nokia, then Blackberry, and now Apple. At the time of these being the dominant tech brands that I used I did not think they could be eclipsed, but it now feels inevitable that a shift in my loyalty towards Samsung is on the horizon.

And Samsung’s products are far reaching, too. My recent washing-machine purchase was from Samsung, favoured over the likes of Zanussi or Dyson. Will I one day be driving a RSM Samsung car? Perhaps that’s a stretch too far, but I won’t rule it out.
It’s not just tech where South Korea is making its mark, however. In terms of retail design, Seoul has stolen the limelight from Tokyo, which was once considered the place for inspiration. Boon The Shop stands out as a luxury multi-brand boutique blending fashion, lifestyle and art. A store like Sulwhasoois an impeccable example of creating more than a flagship store but a true ‘home’ for a brand by capturing its DNA superbly, while Queen Mama Market is a concept store to rival the best in the world.

And Japan’s Isetan department stores are now being out-paced by the increasingly innovative Shinsagae department stores in South Korea, which feel like Harrods, Selfridges and Westfield all rolled into one, just with better fashion and food.
But its not just the store designs that impress me. Korean retailers appear to understand customer service and provide it with seamless effort. I have sipped tea while having trousers altered in under an hour (at no additional charge) and had my purchase, however small, carried for me to the shop threshold and presented to me like a treasured gift. This is true attention to detail.

It’s a market where beauty boutiques have flourished alongside its retail industry. Where once this was an industry dominated by Paris, New York and London, South Korea now has brands like VidiVici at the upper end of the market reinventing themselves and aggressively expanding, while smaller offerings such as multi-brand Olive Young, and All Mask Story, which specialises in face masks, are growing. When I was in a Sephora store in Barcelona last month I found a section dedicated to Korean beauty products, so it’s influence on the European market is clearly being felt.

While many of these retail brands are using designs that are the product of collaborations with international designers, the South Korean market is still one that is expanding, and one that British retailers can learn from.
Firstly, for many Korean brands, design is at the heart of the organisation. Its not treated as simply an aesthetic layering, but something integral to the brand and how it thinks, behaves, and engages with their consumers.

Secondly, there is clearly a sizeable investment being made in South Korea’s market back into the store portfolio, alongside a spirit of strategic (or risk-taking) experimental thinking.

I remember a Scottish artist once explaining to me that he wasn’t happy with a painting he’d been labouring over for many, many hours. He decided to cut the painting into four and instead work into each quarter, creating four unique and beautiful paintings. They all sold. The Korean retailers have a similar approach and are willing to take a retail format (successful or unsuccessful) and divide it into different formats and experiment with scale and content, reacting to changing markets or opportunities, challenging perception, creating newness, or building momentum on an already established commercial traction.

Finally they stick to simplicity within processes. Any new initiative can be complex and large organisations can have many tiers to them. In Korea I have only experienced tasks being broken down into manageable and clear bite-size chunks. Plus there is an emphasis on sticking to the role that’s stated on your business card, yet maintaining a common end goal.

Retailers in the UK should be jumping at the chance to visit their counterparts in South Korea to see what they’re up to – the retail scene is as hot as kimchi. 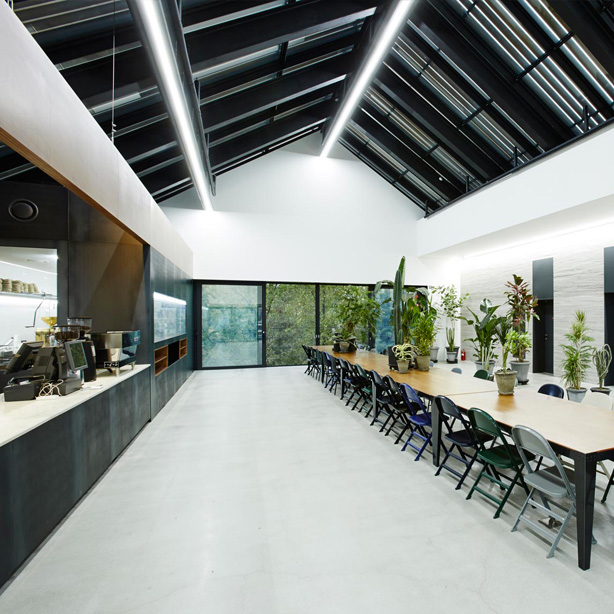 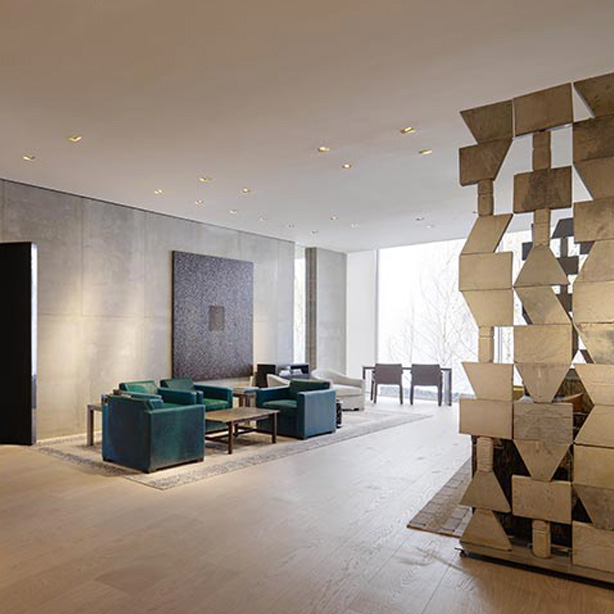 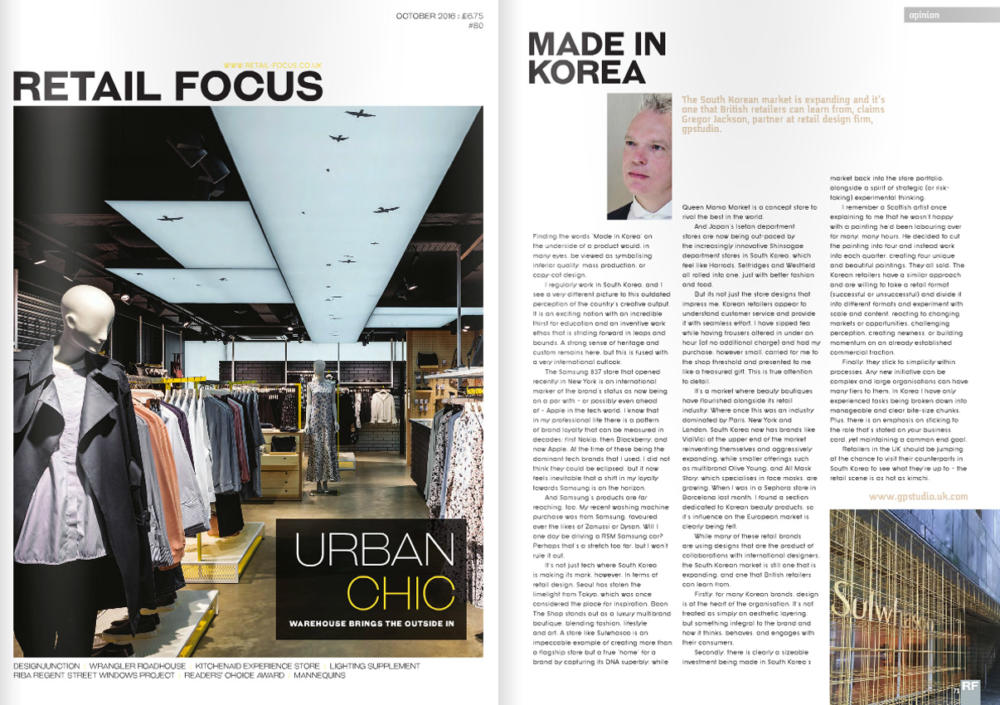 Made in Korea, Think Differently