When thinking of Yves Klein, the first thing that comes to mind perhaps isn’t Judo. Upon entering a recent exhibition at Tate Liverpool, I move right past the familiar blue squares initially and I’m drawn towards a book called ‘The Foundations Of Judo’, written by Klein. The pages contain instructional imagery with photographs of Klein himself performing a variety of complicated Judo throws. Back in 1952 at aged 24, Klein was one of the first Europeans to receive a coveted 4th dan black belt from the Kodokan in Tokyo. For people like me who know nothing about martial arts, this is the top grade that any European can receive. Klein would later arrive in Paris to open his own Judo Academy where he would hang what would become his seminal Monochrome paintings on the walls of the space.

Klein is perhaps best known for these paintings which are all over the walls of the space in Tate Liverpool, he created a new way of suspending colour by using raw pigment preserved in a synthetic gel. Up close the colour and texture is matte and rough, almost like suede. For me there is a deep and surreal energy to this work. I found a feeling of calm in the paintings, as if I could dive into the coloured void and float forever. This sense is arguably spiritual, a connection perhaps, to the moral and mental teachings of Judo.

For me, Klein’s work embodies the idea of a spiritual and mental space, compelling the observer to consider not just the art itself, but the space around it, both physically and mentally. An undisputed pioneer of the avant garde, his work was multi-faceted ranging from Performance Art Pieces (dragging naked ladies around on canvas in his blue pigment; hey it was the 60’s), through to musical pieces, the most famous of these perhaps being Monotone Symphony, a piece highlighted at the exhibition, in which a sustained chord is played for 20 minutes, followed by a silence of the same period.

Other pieces of Klein’s work give a similar sense of ritual, echoed by many artists in the years post-Klein. The repetitive, although varied application of the IKB (International Klein Blue, a colour he patented), made me think about the use of colour in art, and even further, the idea of developing and patenting colour. Anish Kapoor holds the exclusive rights to the world’s blackest black; ‘Vantablack’, which allegedly absorbs all light that hits it. Of course being a designer this lead me to brands and colour ownership and how we can recognise a brand just by one colour. Cadbury has their purple, Tiffany has their own ‘Tiffany Blue’ and Virgin is obviously red; the list goes on. Even the shade of yellow of the 3M Post-Its on your desk is patented. It also made me think of the power of just one colour in a space, like Sketch’s plush all pink interior, Acne Studio’s all red Copenhagen store, or Aesop’s all green concept in Berlin. It’s fascinating how a simple repetition of colour can create a rich and compelling experience. Or in Klein terms, a coloured ‘void’. 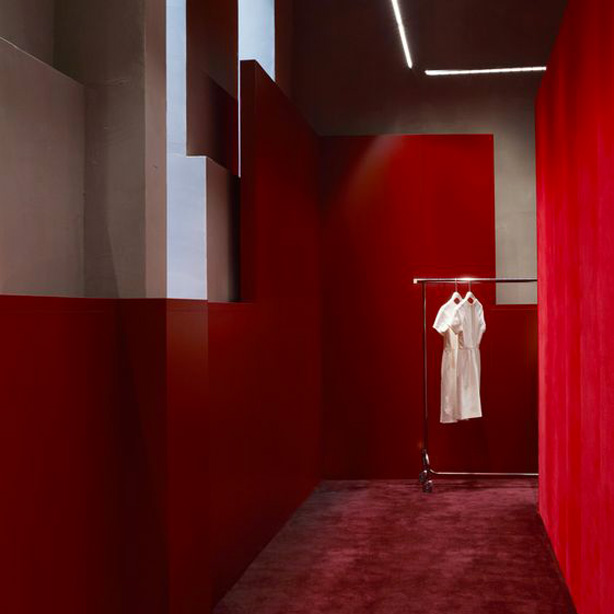 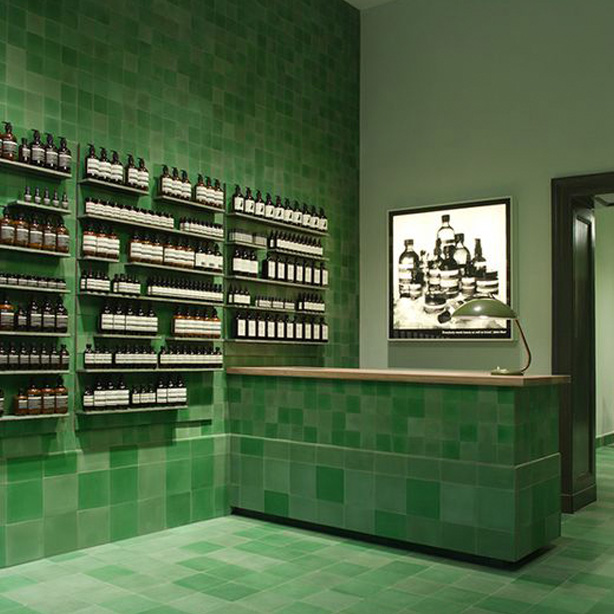 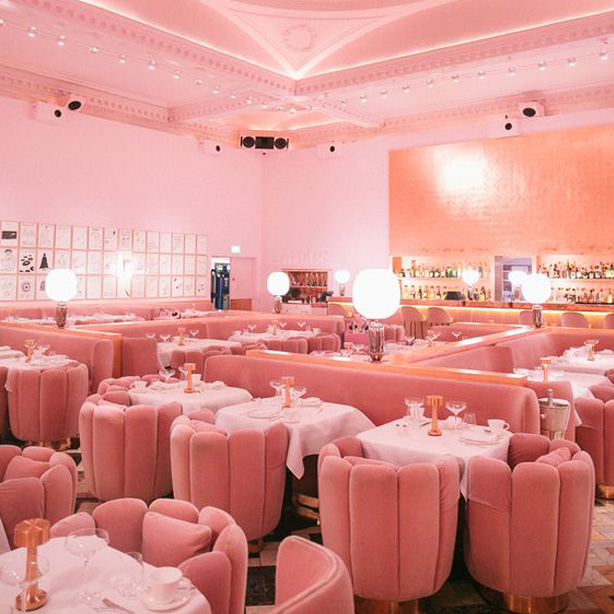