Big and small brands in fashion and luxury retail seem to be totally embracing all forms of digital retail which is exciting…Fashion Week this year was sensational for digital media with Michael Kors reporting 9 million digital interactions on social media during September…that’s double the interactions that Victoria Beckham had!

What I find fascinating and brilliant is that we are seeing the democratisation of the big luxury brands. And this is exactly what luxury brands were afraid of when digital raised its head in the retail world. The big brands were so slow on the uptake when it came to digital. They wanted to keep the air of exclusivity around their brand and product and that’s just not possible today. Today young people expect immediate access to everything and they expect to be part of the conversation. As Generation Z and Millennials will be retailer’s main customer in 2020 luxury brands have no choice but to embrace technology.

A recent article on Luxury Daily: ‘Luxury facing a digital-or-die dilemma’ !! Rather dramatic as I think that the luxury and high end fashion brands are already totally embracing digital technology and social media, but yes I get your point.

The past few weeks have highlighted how luxury and fashion industries are embracing digital technology and its pretty phenomenal.

Chanel’s SS2017 Show The Data Centre was an online phenomena as it highlighted the brand diving into technology although to be honest they are pretty far behind. They did mention ‘innovation in fabric’ but at the end of the day they launched a show around the concept of technology without actually having any technology in the collection. I can’t wait for Chanel to eventually launch an e-commerce site as it is always a major pain buying my Chanel foundation online. Chanel delved into digital a while back with a fun social media campaign. They transformed a transit shelter in Chicago, adding a digital screen that traded social shares for a sample of its Chance scent.

Video is a very important medium for brands as by 2019 80% of online content is apparently going to be moving image. The key to a successful video is the story. Many fashion brands fail with video (wondering why they are not getting the hits and shares on social media they hoped for) as they forget the story and focus on style…fashion films often end up being photoshoots but in moving image which is very boring for the viewer. Ted Baker’s Mission Impeccable is an example of a brilliant fashion and brand video. It has a story, amazing direction, is beautifully stylish and you can shop from it…it looks like it must have been a huge investment financially but it will reap the returns… They have the brilliant combination of digital, retail, story-telling andstyle, perfectly mixed together to create a 1st class piece of marketing. Over 3 million views in less than a month.

Balmain, Paris collaborated with Kanye West to create a sensational music video. It is a fashion film with drama, a story, personality and music that sets it alight and has seen over 12 million views since July, I just love it.

Last year Tom Ford launched his 2016 womenswear collection as a music video catwalk show which is a fun idea. The next stage would be for the music video to actually be shoppable too.

Burberry who have always been at the forefront of digital retail have launched their first ‘See New Buy Now’ campaign for London Fashion Week as customers want things immediately. We are no longer prepared to wait six months for the items to get in the shops.

Customers definitely have the crown and are changing the face of luxury retail for the better. Technology with physical experiences are driving this fun approach to marketing and we are only at the beginning.
One of the newest technologies is Microsoft’s HoloLens which was launched to developers this Spring 2016. Martine Jarlgaard’s show during London Fashion Week embraced HoloLens technology as she showed her entire collection through holographics. She is the first designer to use the technology in a commercial way. The technology does have some limitations but I absolutely loved it when I experienced the HoloLens, interacting with holographic digital screens and moving 3D objects around the room. http://www.bbc.co.uk/news/technology-37521915

And then there’s Snapchat…which is no longer just for the young…even The Economist recently launched a snapchat channel. There is a great sense of excitement and fun around creating the content. When I see Burberry’s and Milan Fashion Week’s content on snapchat I just love it. They are showing people in their offices, with animated fingers pointing at them as they walk down the corridor and we can see Serena Williams with Giuseppe Zanotti turning up to Milan fashion week walking down the street laughing. 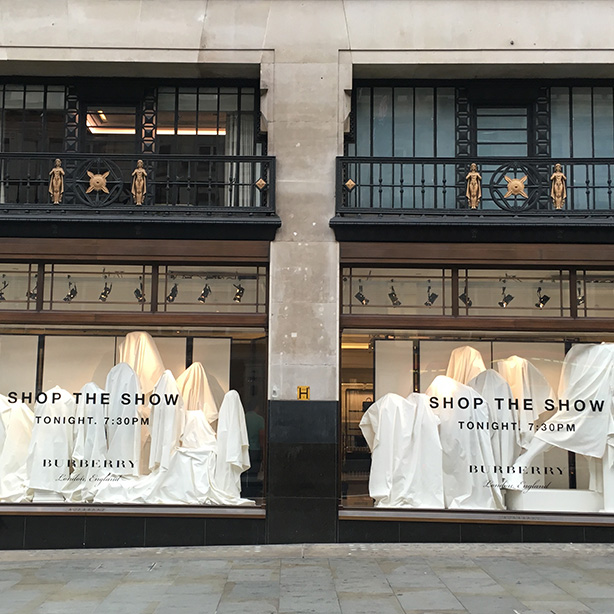 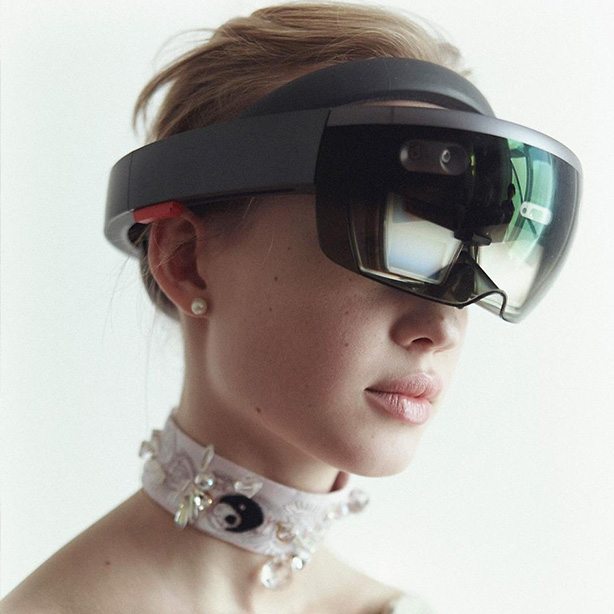 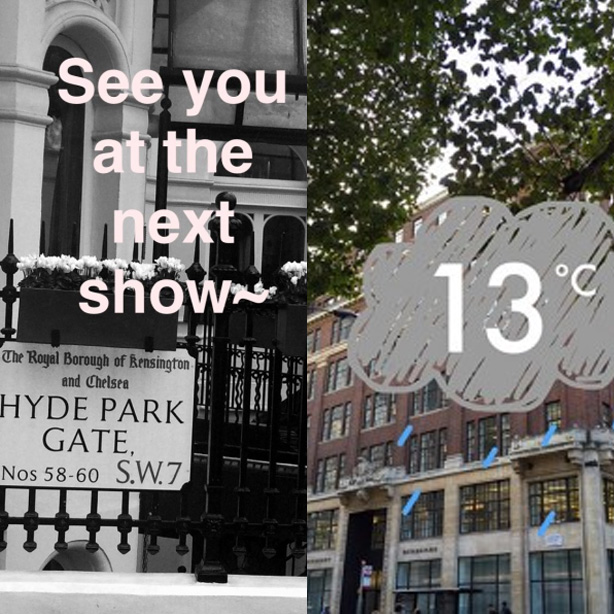